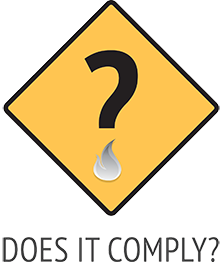 The peak Australian electrical industry body, the National Electrical and Communications Association (NECA) and the world’s leading electrical industry information portal Voltimum have joined forces in an effort to raise awareness and educate users of the dangers of using product that is not compliant to Australian Standards.

QUESTION – DOES IT COMPLY?

Our question is simple, and it’s one we want everyone within the electrical value chain from home owners to suppliers to ask: “Does it comply?” (to Australian Standards). Asking this question each time you do business eliminates the risk that you could be potentially be inadvertently purchasing or installing non-compliant product.

The campaign was developed to complement the new registration scheme for electrical equipment, the Electrical Equipment Safety System (EESS) which began the planned rollout in Queensland and Victoria earlier this year.

Further, NECA & Voltimum conducted an industry-wide survey that was designed to understand awareness of both the EESS and the issue of non-compliant product and also attitudes towards this issue. The survey had over 300 responses and revealed that 75% of respondents indicated that they either saw some, or even a lot, of non-compliant electrical products being installed or sold in the Australian market.

DANGEROUS PRACTICE AND RISK OF LIABILITIES

Installing unsafe, non-compliant equipment in error can be a costly mistake. Aside from the cost to your business of repeating the work, any house fires or shocks arising out of the use of non-compliant product could cause loss of life or property and result in legal liabilities to electrical contractors who install these products, and the manufacturers or distributors who sell them.

A recent study undertaken by ERAC uncovered some alarming statistics:

One of the key objectives of this campaign is training and education. Voltimum and NECA will run online training programs throughout the year that will help users better understand the dangers, liabilities and implications of using non-compliant product, as well as assisting in identifying product which is non-compliant.

Contractors who undertake the training will be rewarded with a Does it Comply? partner logo which should be used on all business and marketing collateral as it is evidence of the contractor’s pledge to purchase only quality, compliant materials and demonstrates their commitment to ensuring the safety of their clients.

The trade in non-compliant and counterfeit products is not a victimless crime; it hurts the electrical industry as a whole and diminishes the trust and reputation of people and companies that are doing the right thing.

NECA and Voltimum through the Does it Comply? campaign have created an industry alliance consisting of ABB, Eye Lighting, Gerard Lighting, HPM Legrand, Nexans Olex, Prysmian Group, Thomas and Betts, Clipsal, Lighting Council Australia, MM Electrical Merchandising and Australian Cablemakers Association who have committed to respect the industry by manufacturing, importing, promoting, selling and using only compliant and genuine product.

If you would like to enquire about becoming a partner or to find out more about this campaign please email us direct at: enquiries@doesitcomply.com.au

Most industrial environments, and particularly those that require heavy objects to be moved from one process to another, make use of forklift trucks for these movements.  Whenever people and forklifts mix in the workplace there is a need to ensure pedestrians are aware of the presence of these vehicles to prevent accidental collisions and injuries.

END_OF_DOCUMENT_TOKEN_TO_BE_REPLACED

The ACA is pleased to announce that all member companies of the ACA have agreed to a new Sustainability Charter.